In Chapter 5 of Book 6 in Volume 2, it is revealed that Lex accidentally entered a time loop and he ends up fighting himself. The enemy is named Previous Lex and, despite being Lex, it is the easiest boss in the entire game (and one of the weakest opponents overall), with only four hearts of health and one attack that causes a quarter-heart of damage. (which can be voided easily) 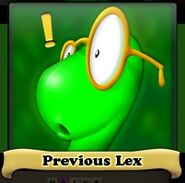 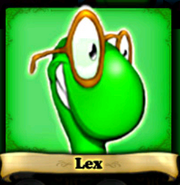 Lex in Plants vs. Zombies 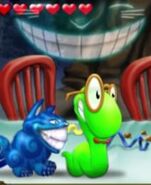 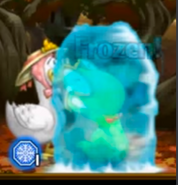 Lex Being Freezed
Add a photo to this gallery
Retrieved from "https://bookwormadventures.fandom.com/wiki/Lex?oldid=6366"
Community content is available under CC-BY-SA unless otherwise noted.